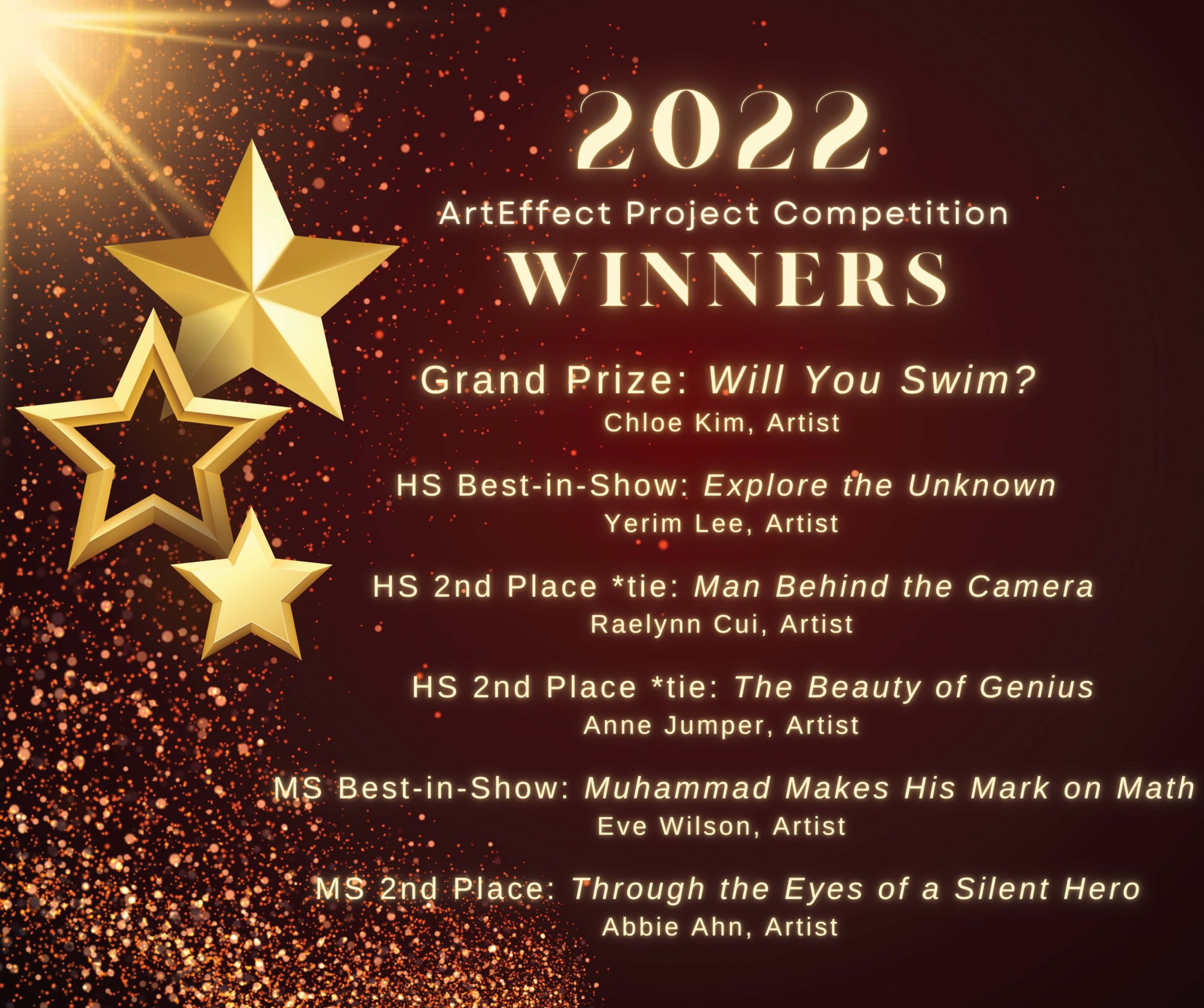 The Lowell Milken Center for Unsung Heroes (LMC) has announced the nine winners of the 7th annual international ArtEffect Project competition, which challenges middle and high school students to honor unsung heroes with creativity and skill. The LMC awarded the $6,000 Grand Prize to Chloe Kim, a 10th grader at The Overlake School in Redmond, Washington. An additional $10,750 was awarded to eight other winning students across the high school and middle school divisions.
[Watch Chloe’s Announcement]

"ArtEffect winners submit works of art that show visionary thinking and creative skills of a superior nature," said LMC Executive Director Norm Conard. "We at the Lowell Milken Center for Unsung Heroes salute excellence and the active imagination of our student champions."

Kim's digital artwork "Will You Swim?" explores the courageous efforts of Irena Sendler, a Polish social worker who rescued hundreds of children from the Warsaw Ghetto during the Holocaust. When Sendler was a young girl, her father told her, "If you see someone drowning, you must jump in to save them, whether you can swim or not." Her father's words prompted Irena's heroic actions when the Nazis invaded Warsaw, Poland.

"I believe learning about tragedies that occurred in the past is critical in preventing similar situations, like the Holocaust, from happening in the future," Kim said in her essay. "Learning about inspiring stories like this is also essential, as it influences those hearing it to take a step forward and perform a good deed as well."

In addition to taking home a cash prize, Kim, along with the eight other winning students, will have their artwork showcased on LMC's website and in LMC's Hall of Unsung Heroes in Fort Scott, Kansas, a museum and research center visited by thousands annually.

There was a tie for the High School Second Place award. Raelynn Cui, an 11 grader at Hopewell Valley Central High in Pennington, New Jersey, received one of the two $2,000 awards. Her entry "Man Behind the Camera" is a fine art profile of Lewis Hine, a photographer who advocated for child-labor laws and fought for social justice. Anne Jumper, an 11 grader at Piedmont High School in Piedmont, California, was also awarded the $2,000 Second Place Award for "The Beauty of Genius – Hedy Lamarr." This fine art piece honors inventor and actress Hedy Lamarr, whose communication technology prevented the Nazis from intercepting classified messages during WWII and is used in Bluetooth and WiFi technology today. [Watch Raelynn’s Announcement]
[Watch Anne’s Announcement]

The $1,000 Middle School Second Place award was given to Abbie Ahn, an 8 grader at Cougar Mountain Middle School in Issaquah, Washington. Her digital piece "Through The Eyes Of A Silent Hero" spotlights Will Counts, a photographer who captured images of anger and violence during Arkansas' 1950s public school desegregation. His coverage of the event and subsequent career in education continue to inspire and pave pathways for generations of photojournalists to document American history through visual storytelling. [Watch Abbie’s Announcement]

Emily Hu, an 8 grader at St. Mildred’s-Lightbourn School in Ontario, Canada, took the final Certificate of Excellence prize with her digital art piece. "The Injustice and the Justice" represents Mitsuye Endo, who challenged the U.S. government as the plaintiff in the landmark lawsuit that ultimately ended the Japanese-American internment in 1945.

The ArtEffect judging panel consisted of LMC's executive leadership and notable figures in the art design world, including professionals from ArtCenter College of Design, California Institute of the Arts, and Claremont Graduate University.

Submissions for the next competition season will open next year on January 1 and close on March 25, 2023.