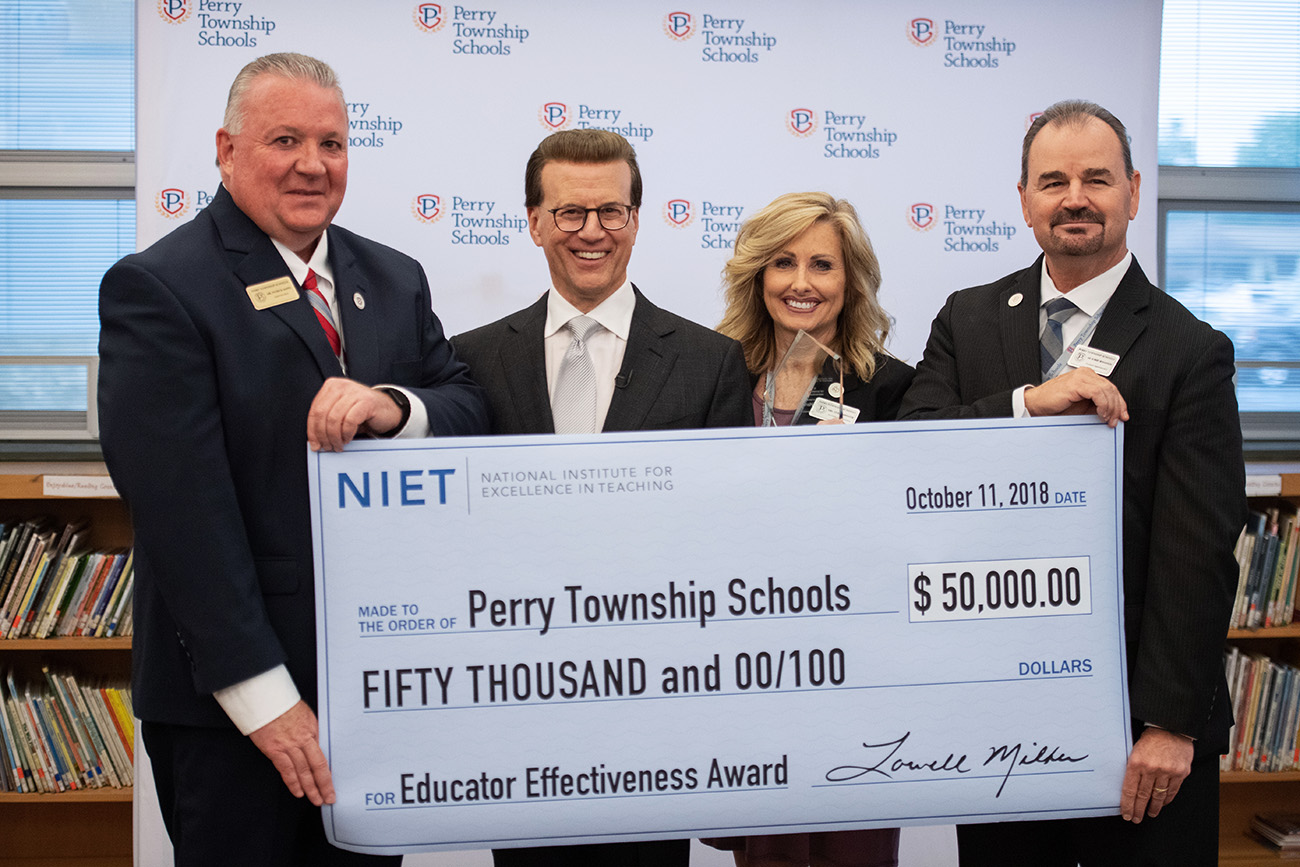 "Perry Township Schools is a shining example of the tremendous achievements that can be made when you create the structures for teachers to lead," said Lowell Milken. "The quality of a district or school cannot exceed the quality of its educators. This fact has been confirmed over and over again with NIET's work in partnership with more than 1,000 districts, 250,000 educators and 2.5 million students. I commend Perry Township's leaders for their courage and conviction in making educator effectiveness the cornerstone of your efforts to make sustained and meaningful improvement in student achievement. Your work as a district is most deserving of this national recognition and sets a standard for others to emulate."

NIET has partnered with Perry Township Schools since 2010 to raise student achievement by putting teacher leaders at the forefront of school improvement. This is being accomplished by concerted efforts that develop formal school-based teacher leadership positions; coordinate weekly collaborative professional learning tailored to the needs of teachers and students; provide an instructional rubric and training on best classroom practices and create a culture of continuous improvement through regular coaching and feedback.

These practices have been at the center of Perry's efforts to meet the needs of its diverse population of more than 16,400 students in 17 schools. A large influx of refugees—with the bulk from Burma—over the past five years has made Perry Township the second fastest-growing district in Indiana. Today, 27 percent of Perry's student population are English Learners—representing the highest percentage in the state. The percentage of students eligible for free and reduced-priced lunch increased from 61 percent in 2013-14 to 71 percent in 2017-18.

In 2012, Perry adopted the NIET Teaching Standards (rubric) as the basis for its teacher evaluation system, and from there, instituted teacher leader roles, weekly collaboration, and opportunities for performance-based compensation at each of the additional schools. District officials play a critical role by visiting professional learning meetings and classrooms every week. They are not only present for those important conversations, but also provide high-quality coaching to the school-level leaders.

To read more about the work of NIET and the National Award for Excellence for Educator Effectiveness, visit NIET.org.