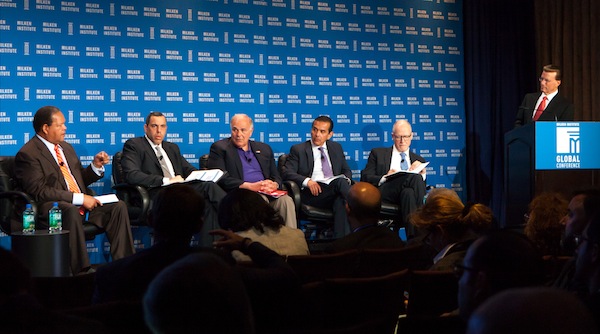 On April 28th, 2014, Lowell Milken moderated the Global Conference panel, "Big City Education: We Know What Works, So Why Don't We Do It?" The panel discussion addressed current education reform challenges, examined successful collaborations between local, state and federal partnerships,  and defined how change can be implemented in K-12 education through strong leadership.