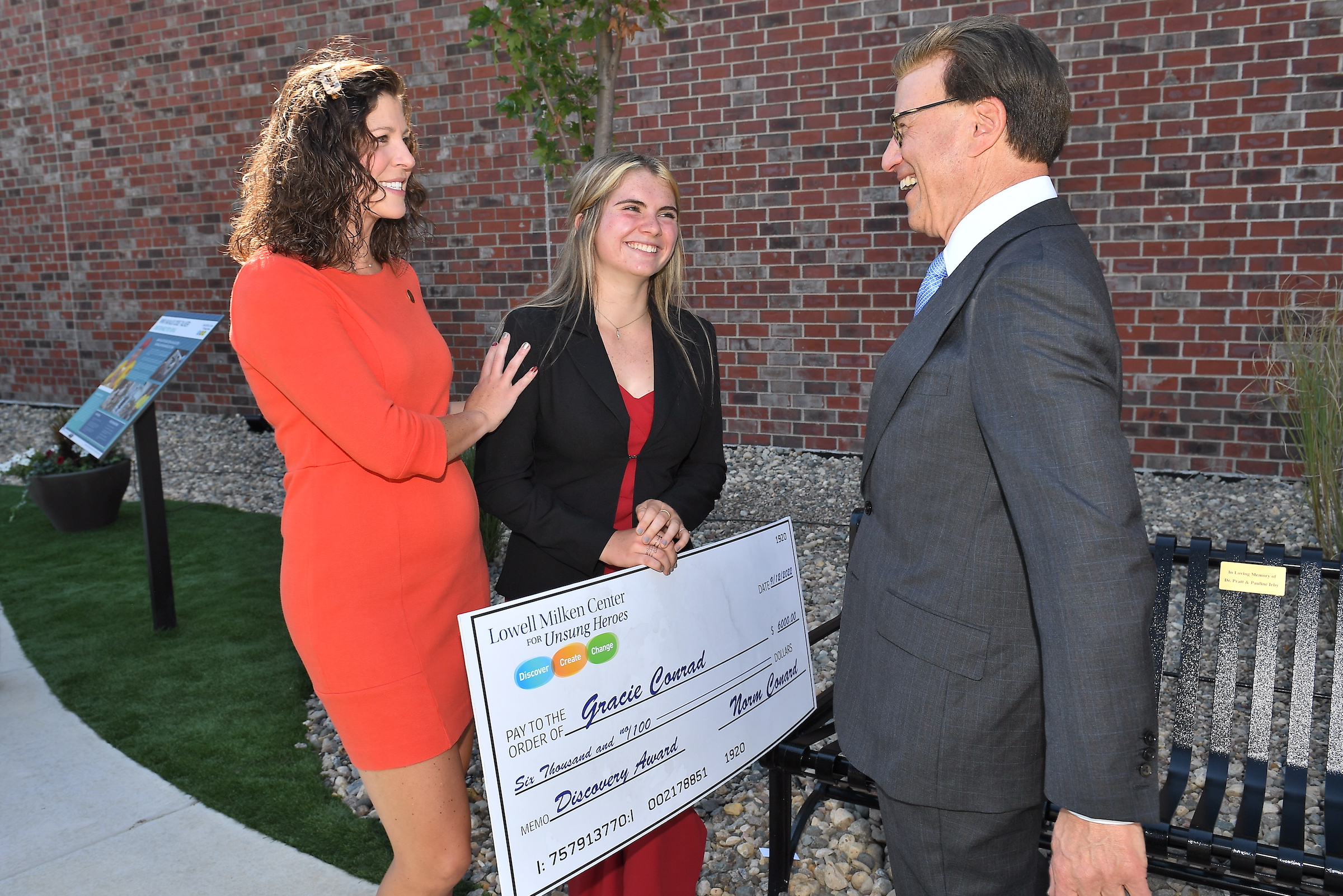 Lowell Milken celebrates with Gracie Conrad, a junior at Loup County High School in Taylor, Nebraska, and her teacher, LMC Fellow Megan Helberg, after Conrad received her $6000 Grand Prize award for her documentary on Betty Goudsmit-Oudkirk. Goudsmit-Oudkerk was a member of the Dutch resistance during World War II and worked at the crèche (Dutch for “daycare”), which the Nazis began to use as part of their deportation system during the Holocaust. Together with a group of other Dutch workers and resistance members, Goudsmit-Oudkerk helped to smuggle more than 600 Jewish children out of the crèche, saving their lives.