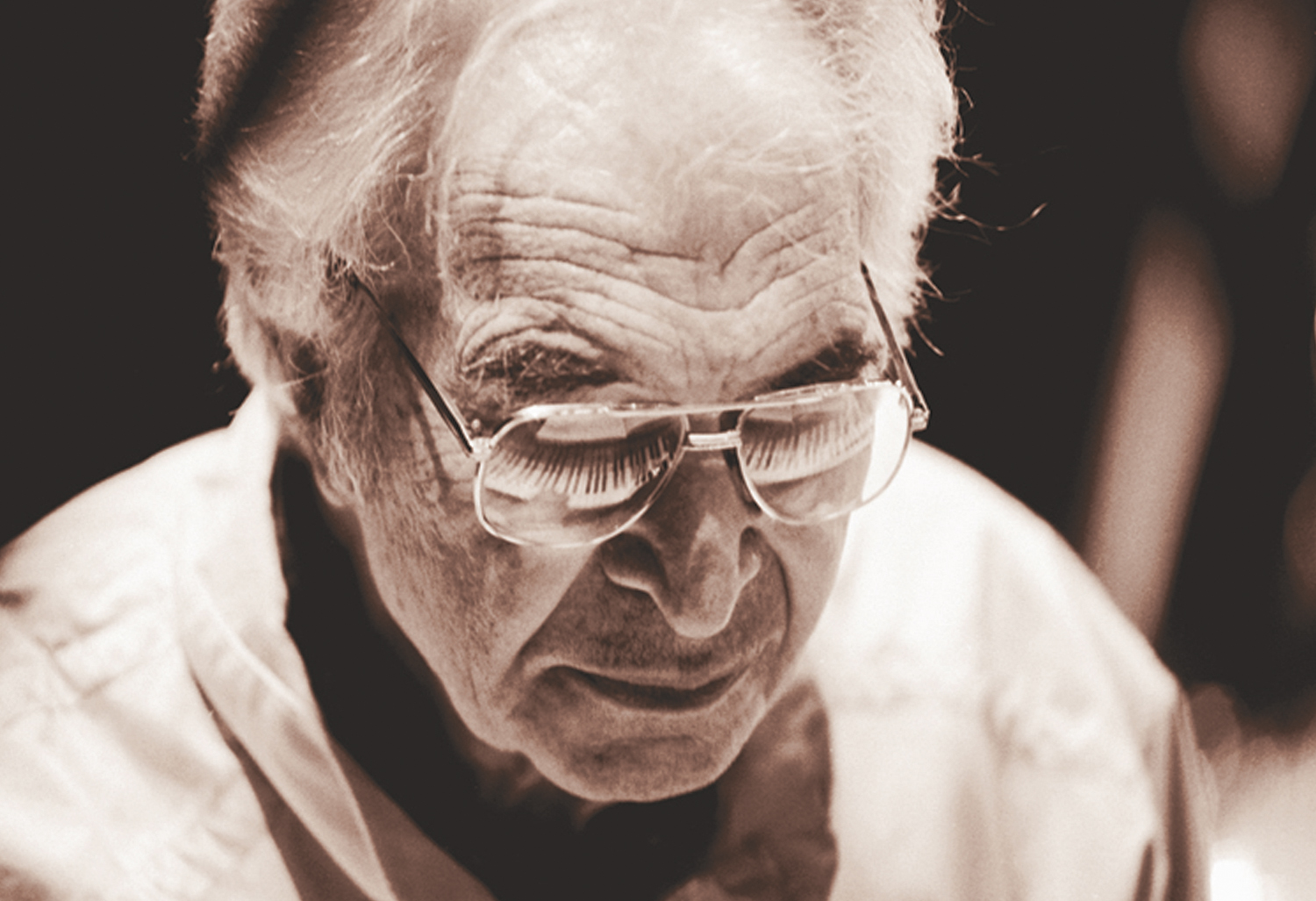 While renowned as a performer, composer and band leader, “Dave Brubeck was a giant not only in music but in spirit,” said Milken Archive founder Lowell Milken. “His work will continue to speak an eternal message of hope for the brotherhood of man.” He was a great friend of the Milken Archive of American Jewish Music, which recorded The Gates of Justice in 2001 along with his choral cantata The Commandments in 2007. These compositions explored the profound nature of humanity’s record of war and peace, prejudice and understanding.

In a conversation with Eugenia Zuckerman for the Milken Archive, Brubeck recounted a childhood incident where his father had wanted him to learn how African-Americans had been treated in this country. His father asked one of his African-American workers to take off his shirt; what Brubeck saw – that the man had been branded on his chest like a farm animal – shook him deeply.

Brubeck was commissioned by the Union of American Hebrew Congregations (UAHC), the lay association of American Reform synagogues, and the University of Cincinnati’s College Conservatory of Music to compose a piece that would reflect the shared bonds of the Jewish and the African-American communities, particularly in the fight for civil rights.

As Brubeck explained in a Milken Archive interview with conductor Russell Gloyd, relationships between the Jewish and African-American communities had become frayed at the time, following a tumultuous year of political unrest and the assassination of Dr. Martin Luther King, Jr.  Some black militants were making anti-Semitic statements, while the Jewish community’s passion for the civil rights movement was cooling in the face of other issues such as the Vietnam War. Brubeck intended The Gates of Justice to reunite and reinforce the bonds between the Jews and African-Americans.

Brubeck later remarked that because he wasn’t Jewish he had not expected to be part of the Milken Archive, but he was delighted when approached and enthusiastic about the recording.

In 1980 Brubeck became a Roman Catholic, and one of the personal highlights of his career was composing “Upon this Rock” for the visit of Pope John Paul II to San Francisco.

In 2005 Brubeck composed The Commandments, a work whose theme he had been pondering for many decades and whose genesis he attributed to his World War II experiences – the conflict between the carnage of war and the commandment “Thou Shalt Not Kill.” The work emphasizes what Brubeck once said is man’s “God-given potential for redemption.” The world premiere recording of The Commandments was released in 2010 by the Milken Archive.

To hear part of the Milken Archive’s 2003 oral history with Dave and Iola Brubeck, recordings of The Gates of Justiceand The Commandments, and more, go to www.milkenarchive.org.