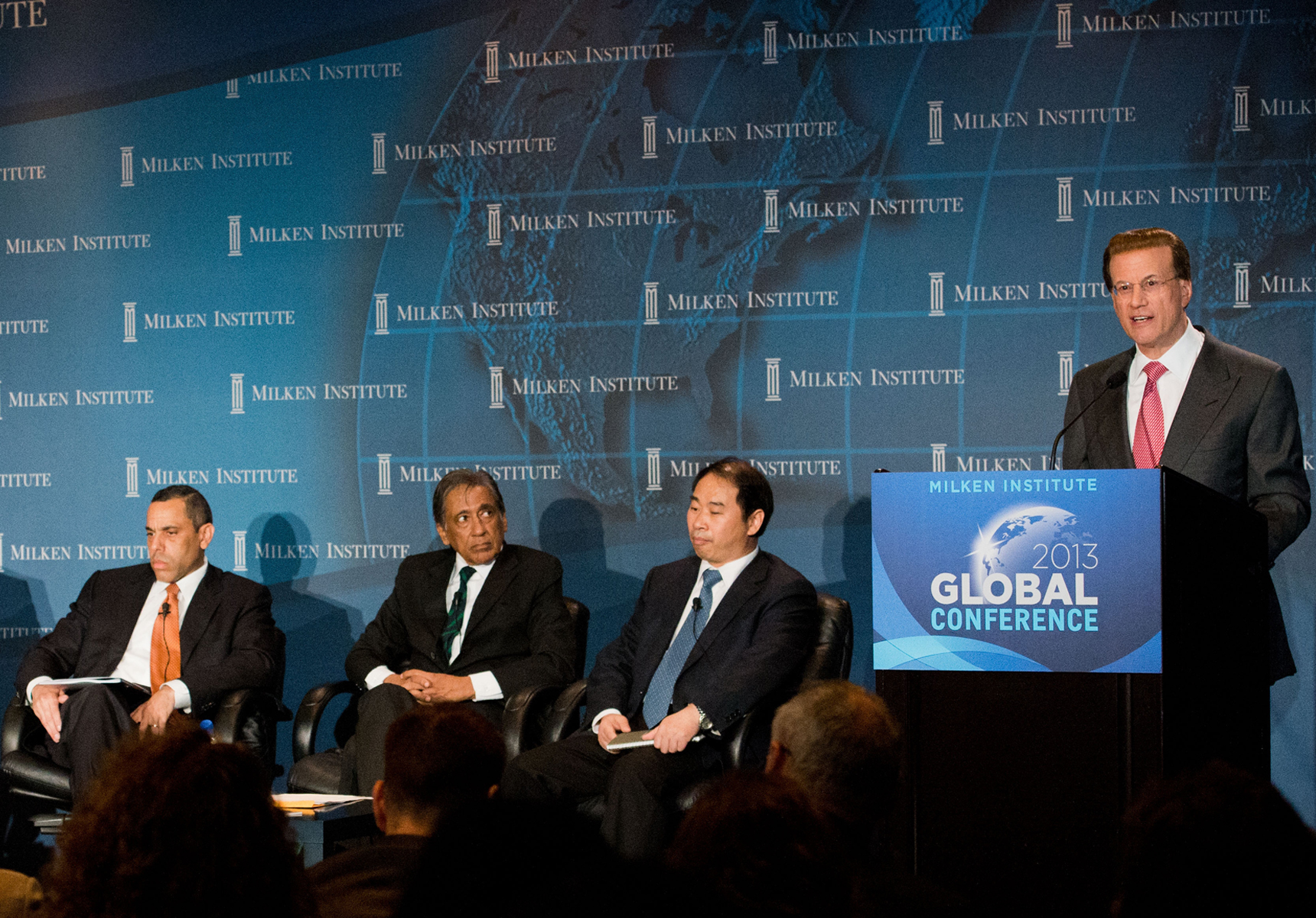 When it comes to education reform, what do the U.S., China, Israel and India have in common?  During the panel “The International Quest for Effective Education Reform” at the Milken Institute Global Conference, education leaders agreed that regardless of geographic area, culture or economic status,  human capital—effective teachers and determined students—are the driving forces behind educational, and subsequently economic, success.

Anthony Miller, the U.S. Department of Education’s deputy secretary and chief operating officer, went so far as to say that “adequately preparing our students” is a matter of national security. “Our education system is in a state of crisis,” Miller said.  “Twenty-five percent of high school graduates cannot pass the basic aptitude test for the military.” (Watch the video here.)

Moderator Lowell Milken, chairman of the Milken Family Foundation and the National Institute for Excellence in Teaching, emphasized that “education is at the heart of nearly everything we value as individuals, as citizens and as productive human beings.” However, despite the billions the U.S. has invested in education, student achievement levels — particularly for minority students — are not nearly where they need to be to reach proficiency by America’s standards, let alone compete in a fast-paced global economy. Through interacting with thousands of teachers in classrooms across America and collaborating with experts in education, business, research and policy, Milken has found that the solution is rooted in the kind of capital that always appreciates — human capital. “Human capital dwarfs all other financial assets,” he said.  “People make the difference.”

Miller and U.S. Sen. Michael Bennet of Colorado echoed the sentiments. “We need to replenish the pipeline with more effective educators,” Miller said.  The most impactful initiative of the past decade, according to Miller, is Race to the Top, a federal competitive grant program that has encouraged 44 states to revamp their K-12 education policies. Implementing comprehensive systems for teacher support and evaluation are among these innovative reforms.

While schools in Bennet’s home state have instituted sophisticated systems for attracting, supporting and rewarding effective teachers, he lamented that as a nation, “we have done almost nothing to train, pay and inspire teachers.”  Part of the problem, he explained, is that there has been no sense of urgency in the U.S.  “We need a sustained political commitment to change the system.”

Abroad, education leaders are facing similar challenges of recruiting and retaining talent to the teaching profession, particularly in disadvantaged communities. According to Dinghua Wang, director-general of the Basic Education Department at the Ministry of Education, China is attempting to reverse this trend by increasing teacher training, raising salaries and offering housing programs for educators who are willing to teach in distressed or rural neighborhoods. To motivate more capable people to join teaching, universities are offering tuition-free programs if students agree to teach. Complementing the career incentives, the country realizes that valuing a teacher’s hard work is critical. In this spirit, September 10 is hailed as “Teachers’ Day,” during which educators receive substantial discounts on a full range of products and services.

Eugene Kandel, head of the National Economic Council in the Israeli Prime Minister’s Office, acknowledged that the social status of teachers needs to be improved. For teachers and students, “we can’t let human capital go underutilized.”

India has the world’s largest population of school-aged children, yet a majority never graduate.  “We want the education system to revive,” said Dilip Thakore, publisher and editor of EducationWorld, which is designed to raise awareness about education in India and stimulate action among its 1 million monthly readers. “Education is the passport to prosperity.”