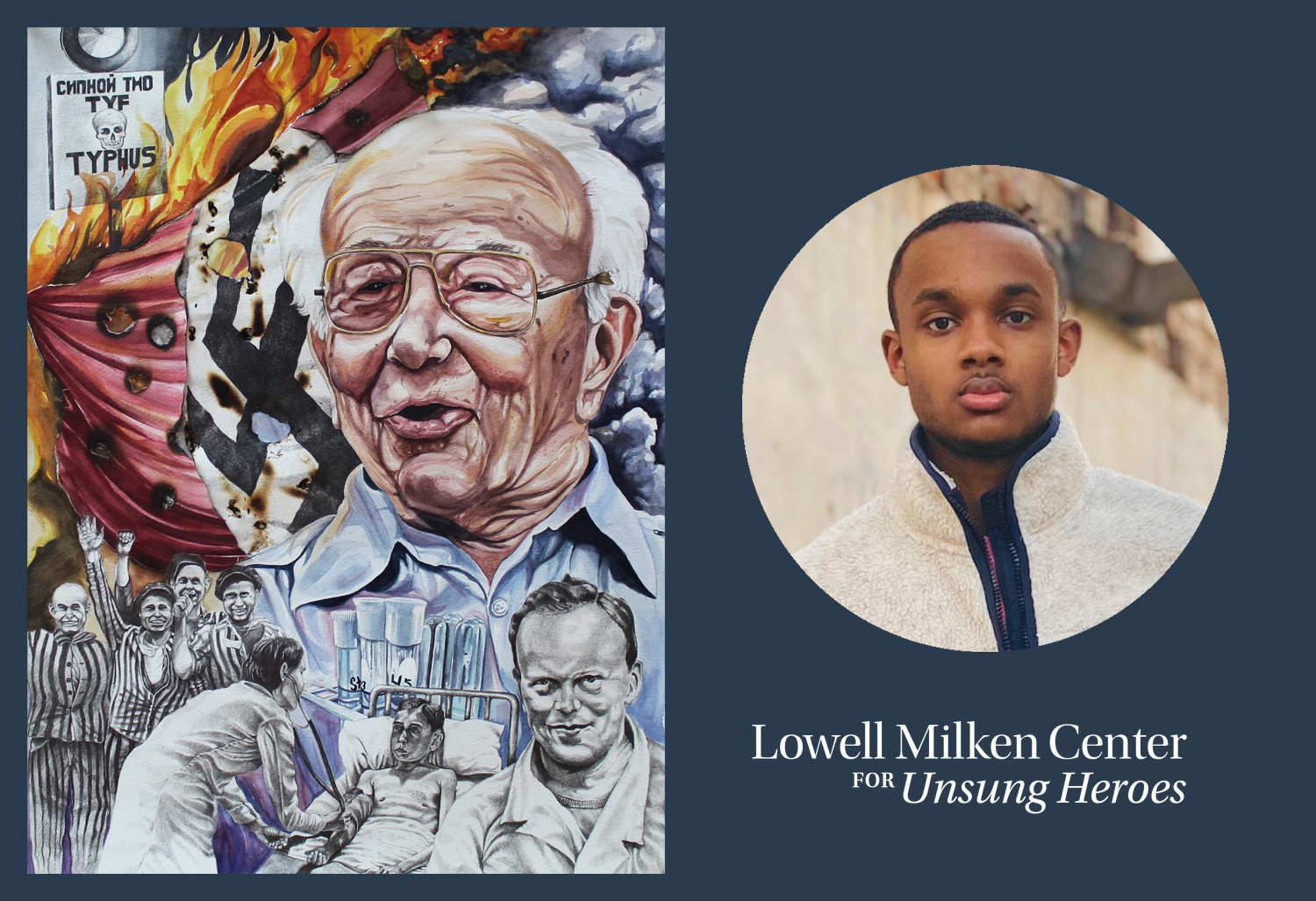 Charles Rounds III, a senior at Power Academic and Performing Arts Complex in Jackson, Mississippi, won the $6,000 grand prize in the ArtEffect Project, a student art competition sponsored by the Lowell Milken Center for Unsung Heroes. Charles’s “Saved by Science” depicts Dr. Eugene Lazowski, who saved thousands of Polish Jews during World War II by injecting them with a harmless bacteria that caused them to test positive for typhus. We spoke with Charles about his winning work, making art during the COVID-19 pandemic and how he plans to use his artistic talents to revitalize his community.

I started drawing when I was in first or second grade, mostly characters from movies I loved. I also drew horses in many different colors on manila paper. My sister Christina is older than I am and was also into art, so she was a huge inspiration.

My school specializes in the arts. I’ve had art there every day since fifth grade. This year I had art for two hours every morning, then academic subjects in the afternoon. I got out early some afternoons and would hang around the art room to talk with the younger students and give them advice...